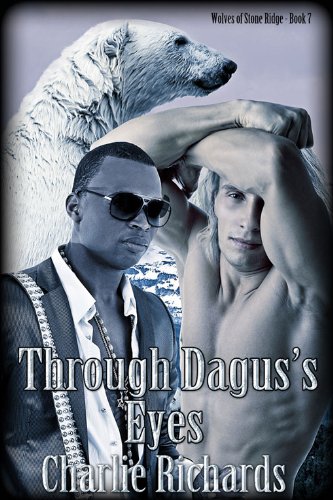 Succumbing to his Nature by Charlie Richards. Out of the Cage: When an enforcer goes on a task… More. Shelve Succumbing to his Nature. Christopher Chris Peterson loses the bet. Now, he has to spend an evening at a straight bar dressed in drag. Too bad they do a lousy job of it. His kni MORE Valiant Vee Cotter lives in the middle of Nowhere, Idaho. His life consists of three things, hanging with his best friend Brice, working at a truck stop at the edge of town, and getting persecuted by the local MORE As a retired gay military man, a wolf shifter, and owner of a bike repair shop, Kade McGraw is comfortable with who and what he is.

Caspian Carpathian is a nearly two centuries old vampire. In an effo MORE Dagus Whitton is tired of being controlled.

After his brother Drake moved in with his shifter mate, Dagus had felt a great sense of accomplishment from finally living on his own, especially considering his blin MORE After that he wanted to return to his home in Massachusetts and go back to his blessed solitude and his life as an MORE Todd Abernathy spent three weeks in a cage. Experimented on by scientists, he retreated deep into his wolf to survive. The night of his rescue, the scent of his mate was the only thing that convinced him to ret MORE Doctor Gordon Digby came to Stone Ridge to help rescued shifters heal from their time abused by poachers.

Fate throws a wrench in his plans in the form of sexy ti MORE Declan McIntire, alpha of the Stone Ridge pack, spent over a century rejecting the daughters paraded under his nose, hiding his preference for a male. Instead, he ends up alone and injured on the mountain. Jared Templeton has settled down with his wolf shifter mate, Carson Angeni. When he comes home with the scent MORE Helping his brother escape the zoo, Rainy discovers more than just an array of animals.

He gets MORE Other Series by: Charlie Richards. Bestsellers 14 Days Updated Daily. Tweets by sirenbookstrand. Need Help? Vist our Help Desk Contact Us. For Readers. Follow Us. Cookies are disabled in your browser Please enable Cookies to use the site. When Cookies are enabled, please reload the page.