I guess I'm getting a little bit ahead of myself, it all started four years ago. Let me tell you now those were the glory days, I had an excellent job, a beautiful wife and a huge home.

We even had a child on the way, but it was too good to last. One night I was working a little later than usual, it was a cool Tuesday. I remember that because it had been a scorching hot summer that year and this seemed to be the only cool day in weeks. The office slowly started to empty as people packed up for the night, while I was stuck at the computer finishing up my report.

Eventually the office became completely barren, as no one but myself remained.

I looked at my watch, I believe it was around A. What was important was that they were shutting down the power in fifteen minutes and I needed to finish up as quickly as a possible. I was at my limit, typing hundreds upon hundreds of words a minute trying in vain to finish off my report. That's when I saw it, it was only a glimpse but I could swear I saw someone pass by out of the corner of my eye.


It was strange, since the last person in the room was my manager and he was only there to tell me the power was going out and that he was leaving. I became unsettled and felt as if I should leave, so I decided to come in early to finish my report. I shut down the computer and looked back down at my watch. It was getting close to A. So I grabbed my stuff and rushed out the door towards the elevator, when I saw the same movement. This time I spun around to see what it was, but nothing was there so I just sighed and pushed the down button. I heard the noise of the elevator growing close, but all of the sudden the power went out.

I slammed my fist against the metal elevator door in protest, I was tired and paranoid so I hastily headed for the stairwell.

As I expected it was pitch black, I couldn't see a thing. I gripped what I believed to be the railing and slowly made my way down the stairs. I was about halfway down, when I heard the sound of a nearby door shutting. I was feeling nervous, so I picked up my pace a bit. I was getting close to the first floor when I started to hear footsteps behind me. 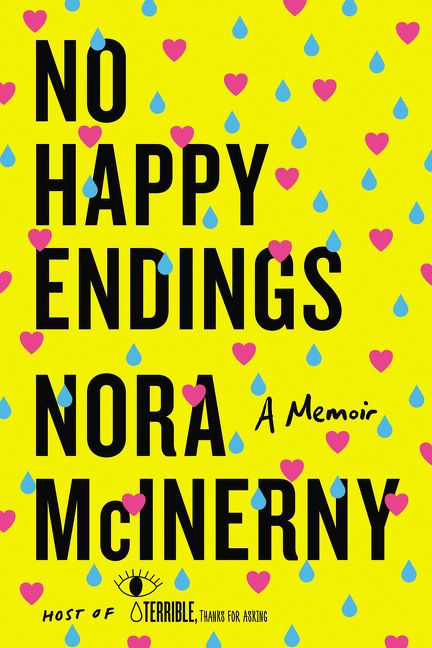 I was becoming even more paranoid, so I began to jog down the stairs. The footsteps behind me were picking up in pace and I guess I became a little unfocused as I tripped and fell face first onto the floor. I looked up and saw the door to the first floor. The footsteps sounded as if they were getting closer, so I scrambled onto my feet and rammed through the door as fast as I could. I sprinted through the lobby and made it to the main doors. I felt a wave of relief come over me as I attempted to catch my breath.

In it, he presents climate change, economic inequality, artificial intelligence, automation, and genetic engineering as threats to human existence and human identity. The threats McKibben discusses are real enough, though his discussion of them tends toward shallow recapitulations of trendy think pieces and internet journalism. The idea of a game with neither rules nor boundaries makes no sense. McKibben can so readily bring to mind both Emerson and Disney because a common Protestant sensibility unites all of them.

For each, a common religiosity pervades the natural world. Humans learn […] that there is a power that made all of them and is greater than all of them. It must be acknowledged and obeyed. Climate change poses such profound challenges to the ways that we conceive of human existence that we are compelled to rethink what that existence means. Since then, he has been a leading voice in framing the problems climate change poses, yet his solutions lean always toward the homiletic. The story McKibben knows best is one in which our mission in the wilderness has foundered but can be saved by spiritual renewal.

When he turns to face the future, he does so dressed in a faded patchwork of Protestant confessionalism, Disneyfied Romanticism, and faith in human redemption. As the reader closes in on the final 30 pages, a dizzying narrative suspense takes hold: the problem Wallace-Wells presents is so overwhelming, so comprehensive, so frightening, and so far beyond the grasp of current political institutions that you wonder how the author will confront the abyss toward which the story seems headed.

Disappointingly, Wallace-Wells flinches. Benedict, and Voltaire. Such a skeptical, historically informed pessimism has substantial force, and deep literary and philosophical roots. The emergent portrait of suffering is, I hope, horrifying. It is also, entirely, elective. If we allow global warming to proceed, and to punish us with all the ferocity we have fed it, it will be because we have chosen that punishment — collectively walking down a path of suicide.

If we avert it, it will be because we have chosen to walk a different path, and endure. Both books convey alarming visions of the near human future, as temperatures and seas rise, crops fail, diseases spread, refugees suffer, fires burn, conflicts erupt, and the oceans die; yet both books emphasize the power of human agency in deciding our collective future, insisting that in spite of such dire prognostications, we have the capacity to avert the worst and bend the course of human history back from the abyss.

Unless, that is, we heed the Lorax who speaks for the trees. First, I may be responsible for knocking a glass of wine onto the floor, but I cannot simply undo the shattering. George W. Bush was responsible for the American invasion of Iraq, but no executive order could unbomb Baghdad and resurrect all the children he killed.

Both ecological thinking and human history teach the same lesson: actions have complex, unforeseeable, and often irrevocable consequences. At the global scale, we act not as rational agents making individual decisions, but as a concatenation of competing actors. Even at the level of the individual, we often face limitations when it comes to doing what we think we ought.

Simply because someone is responsible for drinking too much, losing their temper, or making a fool of themselves does not mean that they are necessarily capable of doing otherwise, much less of undoing the consequences of their actions. While Wallace-Wells subscribes to the standard checklist of proposals to fight climate change, he neglects to present a convincing case for how policies such as the Green New Deal, a carbon tax, or massive global investment in direct air capture technology might be enacted and put into practice.

Any environmental studies undergrad can tell you what we need to do; the problem is doing it.

Solar panels, on their own, cannot meet global energy needs, and will not solve the problems caused by CO2 currently in the atmosphere and oceans, the catastrophic collapse of the biosphere, imminent crises in industrial agriculture, and accelerating climate feedbacks. Unluckily for us, climate change is not a moral fable, a point Wallace-Wells makes but then seems to forget. Climate feedbacks such as permafrost melt, ice collapse, and wildfires are accelerating. The oceans are both dying and rising, like some Lovecraftian sea monster. Absent a Herculean effort devoting trillions of dollars to building direct-air-capture carbon scrubbers, none of this can be changed.

Despite the unconvincing cheer for human empowerment with which he ends his book, however, David Wallace-Wells understands the seriousness of our predicament. And despite his atavistic Protestant optimism, even Bill McKibben can see that the odds are not in our favor.

The challenge these two capable, intelligent writers struggle with so powerfully, and which they so disappointingly fail to meet, is a challenge that anyone who thinks seriously about climate change confronts: the danger we face is utterly unlike anything humanity has ever faced before. Climate change is bigger than any individual moral choice. Successfully meeting this crisis would require an abrupt, traumatic revolution in global human society; failing to meet it will be even worse.

This is the truth we struggle to comprehend in narrative, the reality our stories must make sense of.